According to a recently published article by The Modern Man dot com, the right time for a man to strike up a conversation in public with a woman he doesn’t know, but would like to perform sex on, is always. She’s weeping quietly into a tissue? Only you, random dude in the subway, have the power to cheer her up! She’s choking on a piece of her trail mix? SPEAK UP, LADY, I CAN’T HEAR YOU OVER ALL THAT GURGLING!  She’s holding hands with her husband? Punch that beta male in the face and move in.

I know- super inconvenient, and a total rookie mistake on her part. Luckily, the author has a foolproof plan to help you navigate right around this totally-unintentional barrier that women are definitely not putting up on purpose! Let’s take a look.

Stand directly in front of her (1 to 1.5 meters away- any closer would be creepy!) Smile! If she hasn’t made eye contact, never fear- it’s definitely because she didn’t see you. There is no other option. 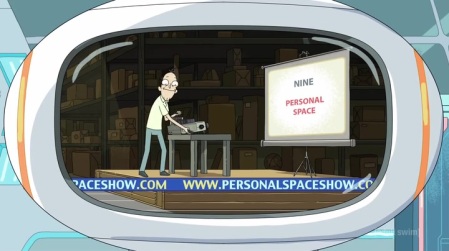 Next, ask her to remove her headphones, while pantomiming the motion of Taking Off Her Headphones So Some Dude Named Dan Can Tell Her He Thought She Was Beautiful And He Never Does This But He Just Had To Come Say Hi.

Yes, guys: there is a possibility that she still may not understand, from both verbal and nonverbal cues administered from 1 – 1.5 meters away, that you would like her to remove her headphones.

If you’re dealing with a really slow one, Dan suggests that you repeatedly point to yourself and then to her until she wonders if you are having a medical emergency and– winner winner chicken dinner!– removes her headphones to determine whether or not you’re having a stroke.

The author then provides a hypothetical conversation between himself and a woman who was very much enjoying listening to a podcast about dogs, but is now listening to him hitting on her at 6pm on a Tuesday.

Dude: [doing the smiley emoji] “Hey there! I am either not registering or totally ignoring the body language that says you’d probably rather be listening to your podcast about dogs right now, so here I am! You look great today. I’d hate to see you go, but I’d love to watch you leave, IF Y’KNOW WHAT I MEAN. What I mean is: I followed you over here from across the train station. I’m Dan. My friends call me Dan The Man, ha HAAAAAA! What’s your name, sweetie?”

Woman: “I am Zorb. I was sent to survey this planet and see if it contains anything worth salvaging before my people blast it to smithereens and sell it for parts.”

Dude: “Cool cool, well, if you were MY girl, you wouldn’t have to spend all your time working that lame job. I like to spoil women! I don’t normally talk to ladies who are wearing headphones, but: I’d like to fuck your headphones.”

Woman: “Sure thing.” *smiles blandly; composes text to Zorbanese control center that reads “give me 10 mins to get to the launchpad, then BURN IT DOWN.”*

Gentlemen, if you take anything from The “Modern” Man’s article, let it be this: there is just no earthly reason that a woman should go through her whole day without hearing from you. She might THINK that she wants to have a quiet commute or trip to the grocery store, thinking about how many dogs there are in the world or what she’s going to make for dinner, but: she’s wrong!

Because I love my readers, I threw together a quick-and-dirty “pickup guide” for a few more awkward-yet-workable situations, where a woman may seem like she doesn’t want to be bothered, but that’s just because she hasn’t met you yet:

-You just watched her get proposed to on the Jumbotron at a basketball game, but she said no, burst into tears, and ran out of the arena? “Hey, sweetie! Sucks what happened in there, but you know what they say: the best way to get over someone, is to get under someone else! Bartender! 2 jagerbombs!”

-She’s currently undergoing an exorcism? Give her a compliment, but throw in a neg so she doesn’t get all stuck up. “Haha, I like a girl who’s a little crazy, that’s hot. Most women wouldn’t be brave enough to try the ‘my head is on backwards’ look! So wyd later?”

-She’s being mauled by a panther and is gravely injured but still able to cry for help? Remain in control – this is a test of your masculinity. “Call 911? Nah, what you REALLY need is a real man to take care of you. You must be a Pisces, amirite? Also, can you stop crying? Not into whiny chicks.”

In the strange universe Dan occupies, here is another possible (and very likely!) outcome of asking a woman to remove her headphones:

Not gonna lie, I’m open to trying this tactic. Because my other favorite podcast, other than the one about dogs?

Do you wanna listen with me, Dan?