Last year, almost to the day, I predicted that Christmas 2016 would be our last, because the “president”-elect would have blown up the entire earth by Christmas 2017. Well, folks, there’s a first time for everything, including my being wrong! (Don’t get excited– it will probably never happen again.) But since the void has not yet embraced us all in its eternal grasp, another holiday season is upon us. Grab a glass (or mug, or bowl, or funnel…) and get thee to the liquor cabinet! It’s been a busy year, and we’ve all earned a drink.

Muellered Wine: A tasty holiday beverage that’s as special as the counsel appointed to investigate Trump/Russia! In a saucepan, combine 1 bottle red wine, 1 sliced orange, 5 cloves, 2 cinnamon sticks, and 1/4 cup of honey. Simmer. Probe, gently, until you are fired.

Fyreball: Assure all of your guests that your $4,000/ticket party will be, quite literally, the most incredible party that this galaxy has ever seen. When they arrive, present them with a Fireball shot (garnished with beach sand) and a warm Coors Light. For the EXTREME luxury your friends and family crave, serve in a makeshift ball pit that looks like it’s full of dirty needles.

Down With The Thiccness IPA: As a teenager, were you often teased by your friends for your attraction to beers on the thicker side? Then you’ll love this IPA! Serve in a chilled pint glass to your male friends who have resolved to love their wives or girlfriends even if those wives and girlfriends occasionally eat food.

The Scaramucci Hooch: Are you Steve Bannon? Are you trying to suck your own dick? We didn’t think so! To get the party started, try one 8-ball of cocaine, served with a grain alcohol floater over ice. Garnish with divorce papers and enjoy in the basement of a Trump property during the birth of your first child. 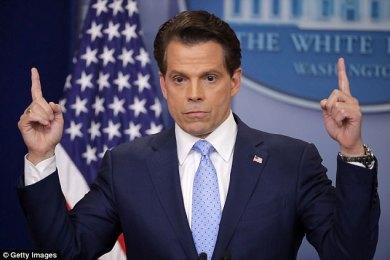 The Sexual Harrass-mint: 1 oz mint liqueur, 1 oz half and half, drizzle of chocolate syrup. Combine in a shot glass and throw it in the fucking trash, I’m serious, don’t fucking serve that shit EVER or I’ll call the police. And then I’ll find your mother and tell her. And, I’ll punch you right in your terrible dick. BE BETTER, MEN.

The Donald Junior: Only for the loneliest this holiday season. Crush 4 Viagras and snort while crying. Serve with 2oz. blood of an endangered species that you paid $200,000 to murder with a Very Big Gun That Only Men With Big Ol Dicks Are Allowed To Buy Ha Ha Right Fellow Guys With Very Big Dicks???, and the knowledge that your father hates you almost as much as he hates minorities.

Cat Person Pinot Grigio: Much like the recently-viral New Yorker essay, this wine will have everyone talking! Serve chilled with a twist of instant regret, followed by a nagging hangover that just won’t take the hint. Weeks later, its bouquet still leers at you from across an empty bar: “You just weren’t sophisticated enough to enjoy me.”

The Reclaiming My Thyme: Combine 4 oz. Veuve Cliquot and 1 oz. Chambord; garnish with sprig of thyme. Serve with the knowledge that no trifling-ass dipshit man will EVER get in your way. 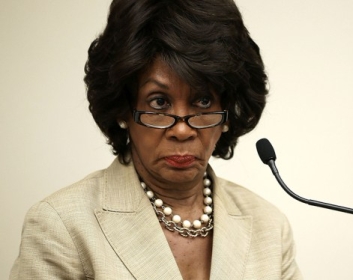 Whatever you choose to drink this December, may it be as merry and bright as possible given the circumstances. And if we make it to Christmas 2018 without somehow triggering the zombie apocalypse, I’ll eat a Santa hat live on camera! 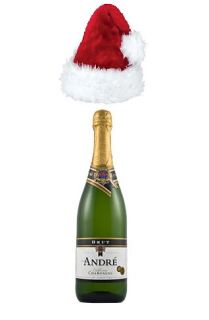