Hello friends, and welcome to Week 2 of my eternal punishment for my behavior in college Hannah Brown as The Bachelorette! Let’s jump right in as Hannah chooses the men for the first group date, which was undoubtedly designed by some of the most vindictive sadists on the face of the earth.

Today’s victims will be Grant, both Lukes, Mike, Jed, Jonathan, JPJ, and Dylan. The date card reads: “I’m looking for my Mr. Right.” Is it just me or is everything HEAVILY ominous this season??

The men show up at an auditorium, where they’re greeted by Miss Jay of ANTM fame (yaaaaaaaaaaas!) and two lovely drag queens. It’s abundantly clear that Luke has never seen a drag queen before, and you can just see him adding this to the agenda for his next Shower Chat with Jesus:

Unsurprisingly, the group date challenge is a “Mr. Right” pageant! Get it? Because Hannah is a pageant girl? Our three experts help the men pick their talents for the talent portion and give them tips on how to work the runway.

And work the runway they do—in Speedos! The guys are clearly having fun with it, which is nice. Jed was hiding an extremely jacked bod under that suit jacket last week; Luke P. looks like an actual fitness model; and Mike and his thighs do a lil twerk move at the end of the runway, almost sending me into cardiac arrest. 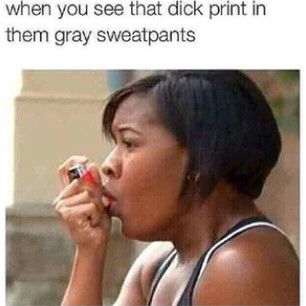 Next up is the talent portion! JPJ (who washed his fucking hair this week, thank god) rides a unicycle with surprising success; Mike wears a clown outfit and perilously high heels. Jed, who is quickly becoming my fave, wrote Hannah a cute-ass lil song, which both she and the audience LOVE.

Then… it’s Luke’s turn. Apparently Luke’s talent is being a living organism comprised entirely of red flags, because rather than attempting a clown act, or singing, or dancing… he uses his time to tell her that he is “starting to fall in love with her.” Literally just that! After 2 days! He then walks down the runway and kisses her in front of the whole audience and all the other dudes. It’s a power move, but it’s………. upsetting.

At the post-date party, Mike is masterfully shady in a way that I treasure: he makes a toast to “real love that’s forever, not just for 15 minutes.” Luke, of course, steals Hannah away, where she asks him “um, how could you know already that you’re falling in love with me??” to which he starts spouting a bunch of alarming bullshit about how he ALREADY HAD FEELINGS FOR HER BEFORE THEY MET.

Hannah, unfortunately, is eating right out of his hand. Luke P. is going to win and I’m going to eat my couch in despair. She does make one good decision though, which is to give the group date rose to Jed, who put on a truly sweet/sexy combo display of pecs/songwriting at the pageant. Luke is visibly furious. I need a drink!!

Our first one-on-one date of the season also features the first helicopter ride of the season (major points for me in the Bach Bracket!!!) Hannah selects Tyler G. and they hop into the helicopter, landing at a date where they will go mudding. TG is from Florida (represent!) and HB is, obviously, from Alabama, so they should both be at home here.

Side note—Tyler got one of the worst and most misleading bio pics I’ve ever seen. Does he not look like he walks around in his spare time looking for a nerd to put in a headlock?? IRL (or at least on video) Tyler has a completely normal head-neck ratio and is a sweetheart.

Hannah tells Tyler G. about how horribly nervous and awkward she was on her first date with Colton (the worst date I’ve ever seen) and how she “didn’t know how much Hannah to share with him” or something like that. What a terrible way to feel! I’m glad she is, like, at least to the point where she can…….. have a conversation with a man, where she talks about herself and maybe even…….. her interests……..??? Dinner is standard and he gets the rose. Seems like a nice guy!

Devin, Matteo, Daron, Connor J., Kevin, Dustin, Tyler C., Joey, Peter Pilot, and Garrett are invited on the second group date. This means that Connor S., Cam, and… someone else who I can’t remember… did not get a date this week.

The date is: Roller Derby, hosted by second-longest-running Bachelor franchise cast member, Fred Willard! Listen, I’m certainly in no place to judge here, because the last time I put on skates I fell directly onto my assbone and I still can’t sit comfortably on a spin bike. The only way I know how to stop on skates is by running into a wall as gently as possible. But… this is an absolutely hilarious date because only one of the men (Daron) can skate at all! The rest of them are gingerly clomping around in their little shorts, repeatedly busting ass. It’s like watching a baby giraffe walk for the first time. I love it! Anyway, Daron’s team wins because he’s literally the only person who I think made it around the ring even once. Go Daron!

At the post-date party she talks with Devin and Daron, and kisses Dustin (the guy with the nose ring). I’ll admit it— prior to this occurrence, I would have bet my dog that Hannah would go her entire life without kissing any person of any gender with a nose ring! Proud of u, babe.

As you may remember, Cam was not invited on this date— or, in fact, on ANY date this week! But, in true mediocre white man fashion, he doesn’t let that stop him! Cam proudly tells the camera, for the 7,412th time tonight, that he has to follow his life motto to “ABC, Always Be Cam”.

SAY IT ONE MORE TIME, CAM.

Tonight, ABC means rolling up via Producer Van with a large tacky bouquet, and barging in on Hannah’s conversation with (if I recall correctly) Devin. Hannah is mortified and apologizes profusely to The Interrupted, which should have been a sign for ol’ ABC, but he ignores it and charges on. “Be Bold!”, he tells himself, as she grimaces and barely hugs him. On his way out, several of the men WHO WERE INVITED ON THIS DATE TO SPEND TIME WITH HANNAH individually catch him outside (how bout dat?) to tell him that this was a dick move and annoying and also, nobody likes him. He tries to act like he doesn’t care, but you can tell he’s gearing up for a Big Cry later.

Cam, if you want to be the Big Asshole Villain a la Chad, you have to have THE most aggravatingly inflated ego on the planet like Chad. You can’t pull that shit off just because you’re tall; you have to OWN being a fucking psychopath. I enjoy a good villain, but ABCam just makes me feel emotionally flaccid. You know what? NO ONE ELSE try to be Chad, ever again, because it’s not possible. Thanks!!!

Hannah shows up in the Tuscaloosa version of a Becca dress: a clingy, red, floor-length number with FUCKING CUTOUTS ALL UP THE ENTIRE FUCKING RIGHT SIDE! That’s right, folks! From THIGH LEVEL, ALL THE WAY UP: cutouts. Even on the long sleeve. Even where undergarments would be. I don’t hate this dress because I’m a prude, I hate this dress because it was forged at the intersection of HELL AND A BELK OUTLET! FIX, IT, JESUS! 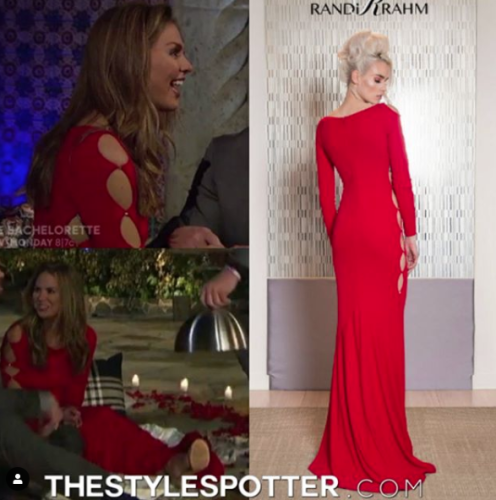 Anyway, Hannah enters the cocktail party and immediately bursts into tears because she is so grateful for the men, or something. Can’t relate! She thanks them for being “real”, a word which has officially lost all meaning, and Connor S. kicks off the night by pulling her aside. She assures him that he wasn’t selected for a date because she already knew she felt good about their relationship. Good for you, Connor S.! After Connor, poor Kevin—one of the primary victims of Always Be Cam’s smash-n-grab at the group date—finally gets a chance to talk with her.

I can’t believe I have to even type this, but: Cam fucking shows up again, and says that he has something planned for… all three of them. Kevin looks like he is about to shoot lasers out of his eyes. I have a feeling that, outside of the show, Cam spends A LOT of time getting his fucking ass kicked. Anyway, the “something” is chicken nuggets, because—OF COURSE!—Cam thinks he is special for being an adult man that doesn’t eat vegetables. [Side note: Luke P. is REAL FUCKING LUCKY that this walking pickup artist class is on the show, because it’s saving him a lot of grief as Biggest Douchebag.] The three of them all sit outside on a blanket. Cam offers Kevin some nuggets, then opens a ring box with… a honey mustard in it.

Hannah pretends like she doesn’t want to absolutely just die from the awkwardness, and Kevin— a man with MUCH more restraint than I personally have—takes the fancy silver thing that originally covered the chicken nuggets and walks inside. Even when Cam mockingly calls after him “Thank you, garçon!” Kevin somehow squashes the urge to return to the blanket and administer a lethal dose of Those Fists. A gentleman and a scholar.

When Cam comes back inside, though, Kevin tosses the nuggets at him and tells him to go fuck himself. Which is, honestly, cathartic. Everyone should be telling Always Be Cam to Always Go Fuck Himself, at all times.

I’m giving this its own section because I’ve never seen anything quite like this in my several years with the franchise. Luke has set up a massage stand for him and Hannah. Okay, sure, that’s fun and flirty, right? Wrong! He starts to give her a neck rub and makes a joke about being good with his hands (how original!) 5 seconds later and they’re frantically making out and Hannah is removing his shirt?? Girl! I know you liked what you saw in the Speedo, but do you remember there are cameras here???

Clearly, she does! Flushed and bright-eyed, Hannah tells the camera that there’s “just something about Luke” and that she’s “always so excited to see him”. Girl, we get it! You’re absolutely FLOODING your dungarees right now, but you need to take a step back! What if one of the other guys came over right now and saw this? Would you have liked to see Colton shirtless and dry-humping Caelynn on a massage table?? I don’t think you would have!

Jed politely excuses himself and Hannah follows him out. Jed is very cool about it, like, obviously other dudes are also into her and she’s kissing them too and etc. etc., but the shirtless grinding was Too Much for the fuckin’ cocktail party, girl.

We say goodbye to Connor J., Daron, and Matthew tonight. We hardly knew ye! The group toasts with champagne after they leave, as always, with Cam offering up: “To the future Mrs. Hannah Ayala! …That’s my last name.” Everyone boos and says, dude, we’re not going to fucking cheers to that! I couldn’t be awaiting this man’s downfall any more than I already am. Cam’s ex girlfriends, if you’re reading this, please DM me. Is he this weird in person? Does he yell “ALWAYS BE CAM!” in the bedroom?? We need to talk!!! 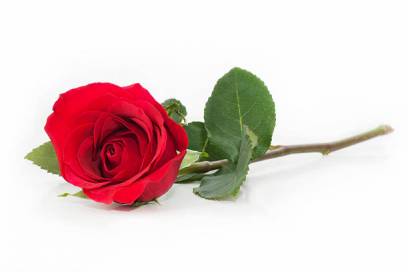