Hey y’all! We’re back for another scintillating Monday night on The Bachelorette. The episode kicks off with Chris Harrison telling the men that they’re “wheels up in an hour” for… Newport, Rhode Island.

The final 15 guys arrive at their new digs (a Radisson) where they receive the first date card, which says: “Jed—meet me in Boston.”

One of my favorite parts of watching The Bachelor/ette is the text messages and DMs I get throughout each episode. For example, before Hannah’s Boston date with Jed, she spends close to a minute trying to describe the events of the Boston tea party, and rearranging the words of “no taxation without representation” at least five different and wrong ways. I’m not sure if she ever gets it! Honestly, I’m aghast. Per my friend Johanna:

Hannah and Jed walk around, ending up at a generic sports bar. Hannah likes that she can be comfortable around Jed, because she’s Not Like Other Girls and Likes To Play Pool And Just Hang Out. Extraordinary! A woman who likes to Just Hang Out???? Like every other women on the planet, I was too busy fainting onto chaise lounges in a muumuu to Just Hang Out this week, so I applaud Hannah’s bravery in enjoying literally the most basic human activity that exists.

Wearing pants of the same tightness, the pair encounters the Halo Top SponCon portion of the date, and are handed pints of ice cream. I’m on Whole30 until next Tuesday and would stab any person in the neck for a HaloTop right now, so this was rude. After eating their ice cream and canoodling for a bit, they make their way to the last surprise, which is… playing basketball with the Celtics! This is a cute date. They play some 2-2 basketball, each of them paired with a professional basketball player almost twice their height, and Hannah gets some solid relationship advice about picking someone who likes her for both her strengths and her flaws. Why am I crying in the club right now??? At the end of the date, Jed makes an over-the-shoulder basket WHILE kissing Hannah. Color me impressed!

The date is pretty standard up until dinner. They’re sitting in front of their fake food, chatting, yadda yadda, when Jed tell Hannah that he wants to be totally upfront with her. Always ends well, right?? He goes on to tell her how important music is to him, and how it’s all he’s ever wanted to do professionally, and… admits that he came on the show because it has such a large platform? So that he could…… advance his music career????? But, uh, then he met HER, and now he’s like, very into her and stuff, of course.

My dude! Everyone is just here to get famous! You said the quiet part out loud!!

But even weirder than this frank admission of Being Here For The Wrong Reasons is that Hannah… basically ignores it? And thanks him for being upfront? And gives him a rose?? Did she, like, not understand what he was saying??? I am VERY confused.

The men begin by running through some rugby drills. Smol Peter, who seems to be age-progressing backwards and might be hitting reverse-puberty by the next episode, is very excited for his first time playing any sport. Mike is super athletic and I can’t wait to see him in a tux at our wedding. Luke P., who stopped listening at “blood” when the date card was read, has a weird glint in his eye and a prison shank in his athletic sock.

The match starts up and, wow, they’re really going for it! Rugby  terrifies me because there are NO PADS and NO HELMETS and presumably none of these men have played rugby before and I really don’t need to see anyone’s leg going the wrong way. After a while of smashing into each other without protection (heyo!), we have our first injury: Kevin has dislocated his shoulder and has to go to the hospital. The producers were really wrong for that one—they HEAVILY edited the ambulance footage to make it look like it was due to Luke P.’s Murder Rampage.

Which does happen—it just doesn’t require an ambulance. Luke P.’s roid rage kicks into full gear after Hannah hugs Kevin, and he takes it out on Other Luke. We don’t see the footage of what actually happened (another brazen producer choice) but Luke S. says, and several other men collaborate, that Luke P. came after him without provocation, threw him to the ground, and kneed him in the face. Sounds like a man I’d love to be alone with!

What did Hannah wear to the after-date party? Let’s go to our second correspondent, my cousin Stephanie:

Thanks, Steph! The suit in question is just as bad as you’d expect, and looks like it came from Wet Seal in 2007:

Anyway, Hannah has heard about the roid rage incident and pulls Luke P. aside first. He’s all, “Blah blah blah, it was in the spirit of the game, I got a little too amped up but also, that’s not me, and everyone who says I’m crazy and violent is a liar and a hater and did I mention a liar??”

It brings me no pleasure to report this, but Luke P. is going to be the Republican presidential nominee in 2024.

Luke P. also accuses Luke S. of only being here to promote his tequila brand, which is hilarious because this is the first time we have heard of said tequila brand. So of course, Hannah goes to Luke S., who’s all, “No, it’s not just me, no one fucking likes this guy and he basically attacked me under the guise of Sports and everyone thinks he’s full of shit and he is lying to you grl.”

Dustin is the first to corroborate Luke S.’s account of the afternoon, which sets off a veritable PARADE of tattles. Mike calls Luke P. a “fucking psychopath” for not-the-last time, to which Luke replies that ACTUALLY, he is not, and no one saw what happened. Which would be fine except—people did see what happened! Luke P. tries to reenact the Knee-Head Incident and the entire room empties around him, except for Luke S. By the way, how much easier would this all fucking be if the two men who are fighting with each other DIDN’T HAVE THE SAME NAME??

Anyway— I AM LIVING FOR THIS MAN DRAMA!

The Lukes are still catfighting in the parlor. I feel for Luke S. because this sucks, but also, he should be old enough to know that fighting with a crazy person is an unwinnable battle, and maybe just go have a vodka soda or a dip in the pool instead??

Meanwhile, off in another galaxy with our lead (the woman who is supposed to be the point of this whole show): Garrett, wearing a lovely maroon suit, tells her he’s “crushing hard,” which I find supes cute. He gets the group date rose. Suck it, Lukes!

If they showed a date card for this, I completely missed it, but Hannah is going on a boating/lobstering date with Tyler C. Hannah is still feeling a little sad due to every other person on the show telling her that her favorite dude is cuckoo bananas. But Tyler is the perfect person for this date: he doesn’t take it personally or make it about him; just tells her that he understands and thinks they can still have a nice day. And they do! At dinner they talk about how Hannah thought he was a player at first, but is gaining more confidence in him as she gets to know him. He gets the rose. Mazel to the happy couple.

As though no time has passed since the disaster after the group date, the men comfortably step right back into roasting Luke P. for being a toxic asshole. Mike, as always, is 100% on his game, calming telling Luke right to his face that he is a psychopath and a liar and that he’s the reason Hannah isn’t as happy as she could be.

Luke P. says that actually, OTHER Luke is the reason Hannah is upset. (How could he be when they’ve spoken like twice, maximum??) In my favorite moment of the season so far, one of the producers lends Luke P. a cell phone for his confessional time. He proudly holds up the Dictionary.com definition for “psychopath” and says “See! That’s not me at all!” while displaying a small cell phone screen that, um, describes his entire personality. It’s almost TOO easy. 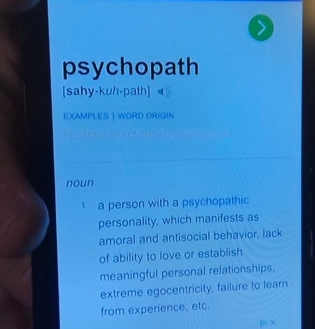 Official Carly’s Into Bach contest: Send me captions for this photo of Luke P. and I’ll feature the best one in the next post! Here’s mine:

“Says here that pee IS stored in the balls.”

Luke S. asks Luke P. to tell Hannah that he lied about what happened on the rugby field. Luke P. agrees, then turns right around to Hannah and says “LUKE S. ASKED ME TO TELL YOU HE’S HERE FOR THE RIGHT REASONS BUT HE’S NOT AND I CAN’T SAY THAT BECAUSE I STILL THINK HE’S ONLY HERE TO PROMOTE HIS TEQUILA BUSINESS AND I DON’T CARE ABOUT HIM”, etc. etc. etc. Honestly, Hannah was never really into Luke S., which is unfortunate because it means Luke P. is ultimately going to “win” this one.

Luckily, for my sanity’s sake, almost this whole thing happened IN FRONT OF ALL THE OTHER MEN, who have eyes and ears and brains, and are in total disbelief at the fuckery Luke P. is pulling right now. When confronted with a fact he doesn’t like, Luke just makes up a new lie and presents it as the only possible truth. It’s deeply pathological and terrifying. But enough about my ex!

By the way— IF ANYTHING ABOUT YOUR ROMANTIC PARTNER REMINDS YOU OF LUKE P., PLEASE, FOR THE LOVE OF GOD, LEAVE IN THE NIGHT WITH THE DOG AND CHANGE YOUR PHONE NUMBER. YOU CAN STAY AT MY HOUSE. Just—go tonight, promise me.

Just kidding. As if this episode couldn’t get any more crazy-making, when the men are still fighting at 9:58, it becomes apparent that we aren’t getting a rose ceremony until NEXT WEEK!

Honestly, if you made it this far, I applaud you (and I’m sorry). I’ll see you next Tuesday with ALL the hottest goss, right here on Carly’s Into That — the only Bachelorette recap blog in the whole world™! 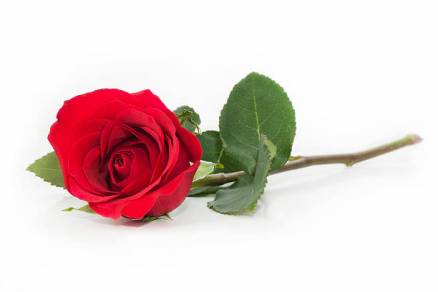